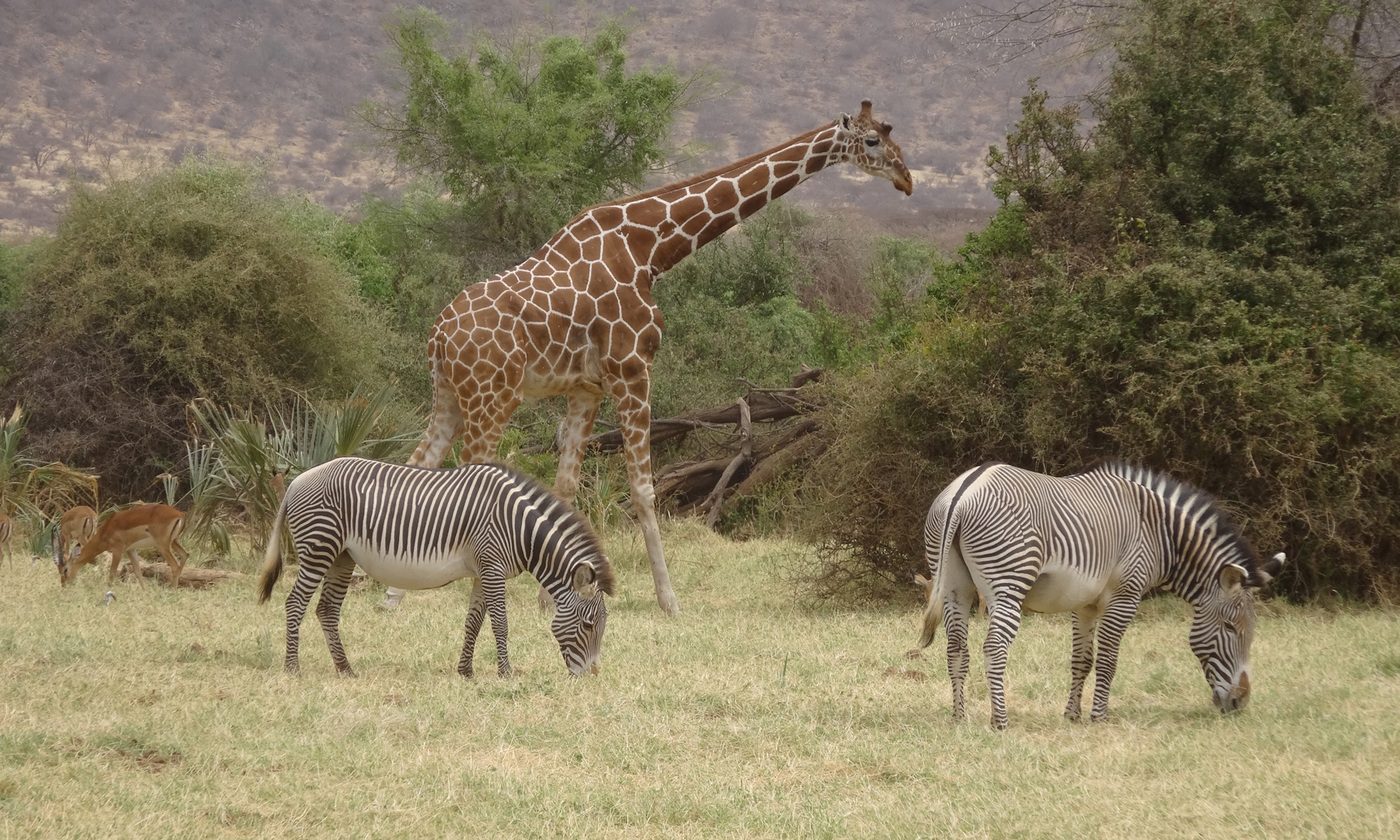 In 1956, at the age of twenty-three, Anne Innis Dagg set off alone to study giraffes, becoming the first person to ever study any African animal in the wild.

Anne’s observational research of giraffes is recognized as a ‘world first’ since no other African animal had been scientifically studied in the wild prior to 1956.

Here, Anne talks about some of the common misconceptions about giraffes:

I don’t usually spend time on Google because Google Scholar is where the accurate scientific information on a subject is located. Yet Google is the search engine of choice for most people. Recently, when a wonderful new film about giraffe was shown on CBC’s The Nature of Things, I did a search and became aware of how much misinformation about giraffes there is on Google. Here are some common misconceptions, dispelled:

1. Almost no research on giraffe had been done before this century.
Fact: Well over 200 researchers wrote scientific papers about this animal up to 1999.

2. There is evidence that giraffes existed 50 million years ago.
Fact: Giraffes evolved into a distinct species 9 – 11 millions years ago.

4. Giraffe need only drink every few days because most of their water comes from plants.
Fact: By eating the leaves of certain trees, giraffe need never drink water at all.

6. Giraffe males may smell so bad that you can smell them 250 meters away.
Fact: Many of us researchers have been around thousands of males, but never smelled any odour.

7. Giraffe drink water in huge amounts and store it in their stomach, just as camels store water in their humps.
Fact: This is pure fantasy.

10. Giraffe are found in arid and dry savanna zones south of the Sahara wherever trees occur.
Fact: Thousands of such areas no longer have any giraffe because they have been killed by people.

To learn more about giraffes, check out Anne’s revised and updated book about the species, Giraffe: Biology, Behaviour and Conservation. Anne has also written a book for children entitled 5 Giraffes, winner of the 2016 Lane Anderson Award for ‘Best Canadian Science Writing – Children’s Category’.