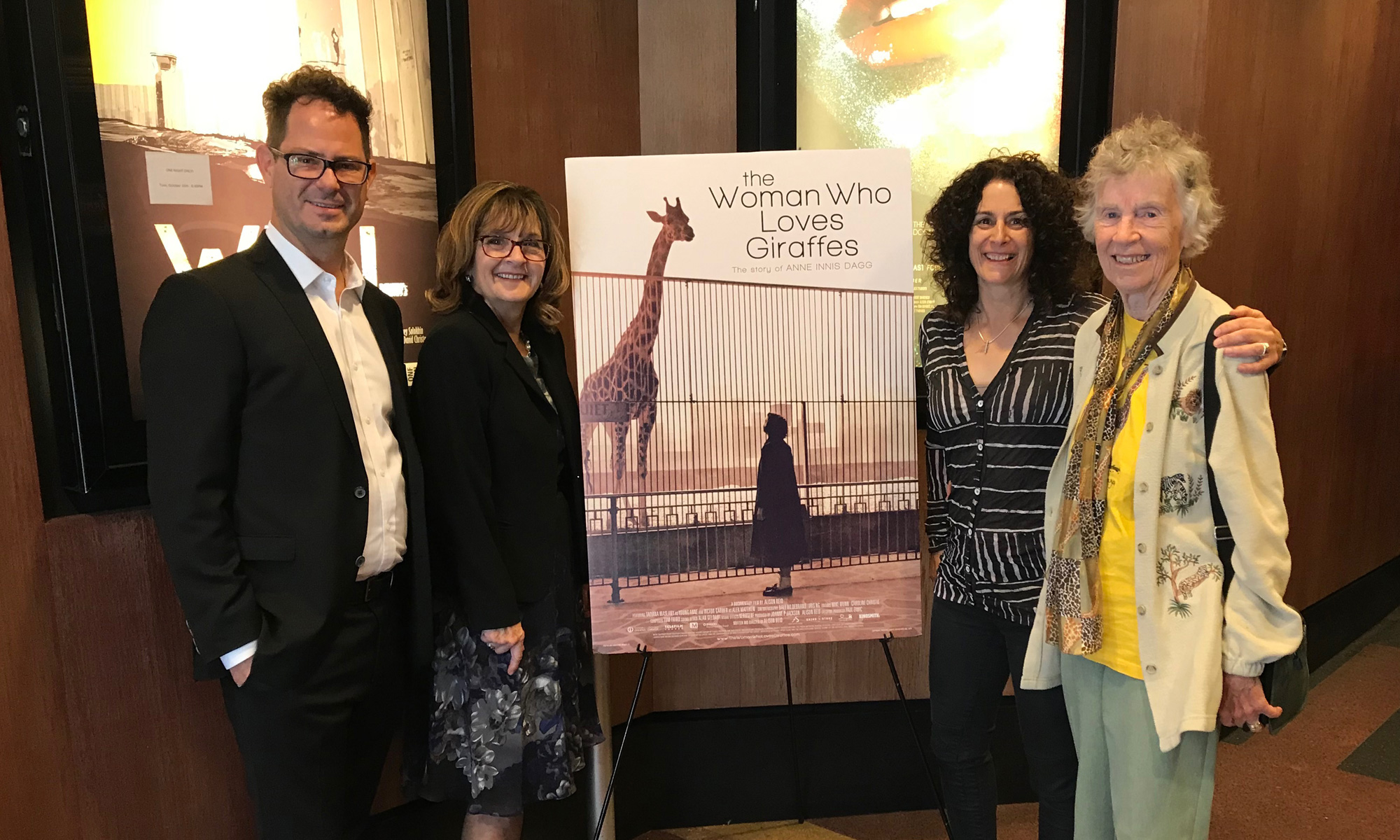 One of the best things about screening The Woman Who Loves Giraffes, in cinemas, is that we get to meet the people in the audience.

Since September, when The Woman Who Loves Giraffes premiered at the Atlantic International Film Festival in Halifax, Nova Scotia, we’ve played to capacity crowds in over 15 cities and towns across Canada.

Along the way we’ve hosted post-screening Q&A sessions with either Anne Innis Dagg, director Alison Reid or one of our producing team of Joanne Jackson and Paul Zimic in attendance.

These Q&A sessions have allowed audience members to go behind the story with Anne and the filmmakers — and to hear from Anne, herself, about her experiences in South Africa as well as her later life as an author, activist, teacher and mother.

The Q&A sessions have also been a privilege for us, allowing the filmmaking team to connect with like-minded people who are concerned about wildlife conservation, gender equality and other issues covered in the film.

We hope you can join us, this January, at one of our upcoming screenings.

Here is a list of the Q&A sessions we will be hosting:

Anne Innis Dagg was born in 1933 in Toronto, the youngest child of academics Harold Innis and Mary Quayle Innis. She became fascinated with giraffes after visiting the Brookfield Zoo in Illinois at a young age. During the mid-1950s, she traveled alone to South Africa to study the animals, years before a similar expedition was undertaken by English primatologist Jane Goodall.

After she returned to Canada, Anne completed her PhD in animal behaviour at the University of Waterloo. Though her research and publication quickly became highly-lauded in academia, Dagg’s attempts to secure tenure at the University of Guelph were denied by administrators, who questioned her fitness for the role despite her ample qualifications. 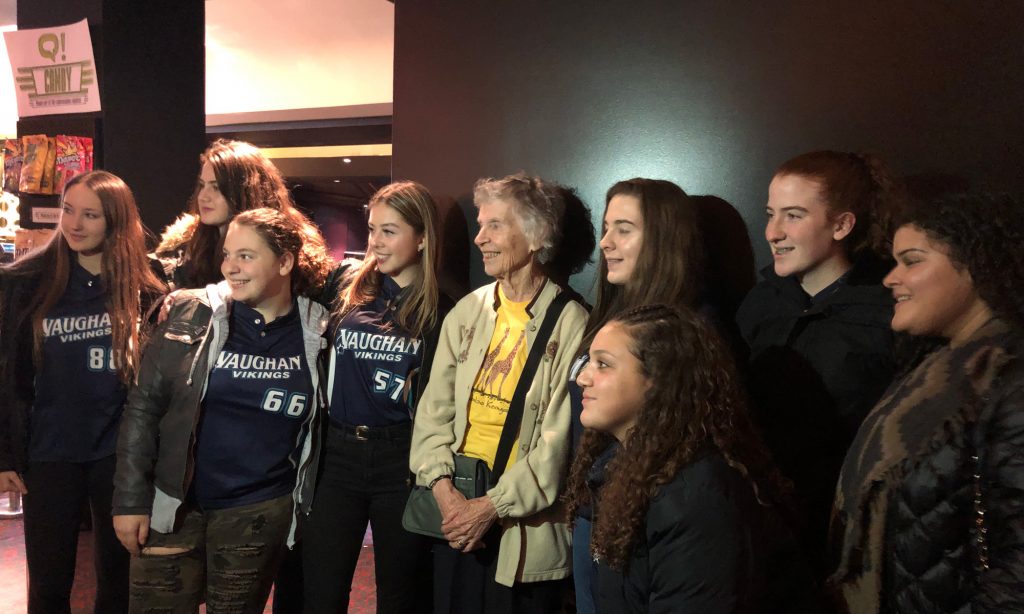 The Woman Who Loves Giraffes re-traces the steps of Anne’s trail-blazing 1956 journey, giving us an intimate look into her life as a young woman, juxtaposed with a firsthand look at the devastating reality that giraffes are facing today and the forces that brought her back at a time when the giraffe world needed her most.

Watch for upcoming screenings of the The Woman Who Loves Giraffes in the month of February in Ontario (Elora, Parry Sound, Barrie and Sudbury), British Columbia (Victoria, Courtney, Fernie and Salmon Arms) and Whitehorse, Yukon.

Please visit our See The Film page for a complete list of upcoming screenings and links to the various cinemas’ websites where you can purchase tickets.